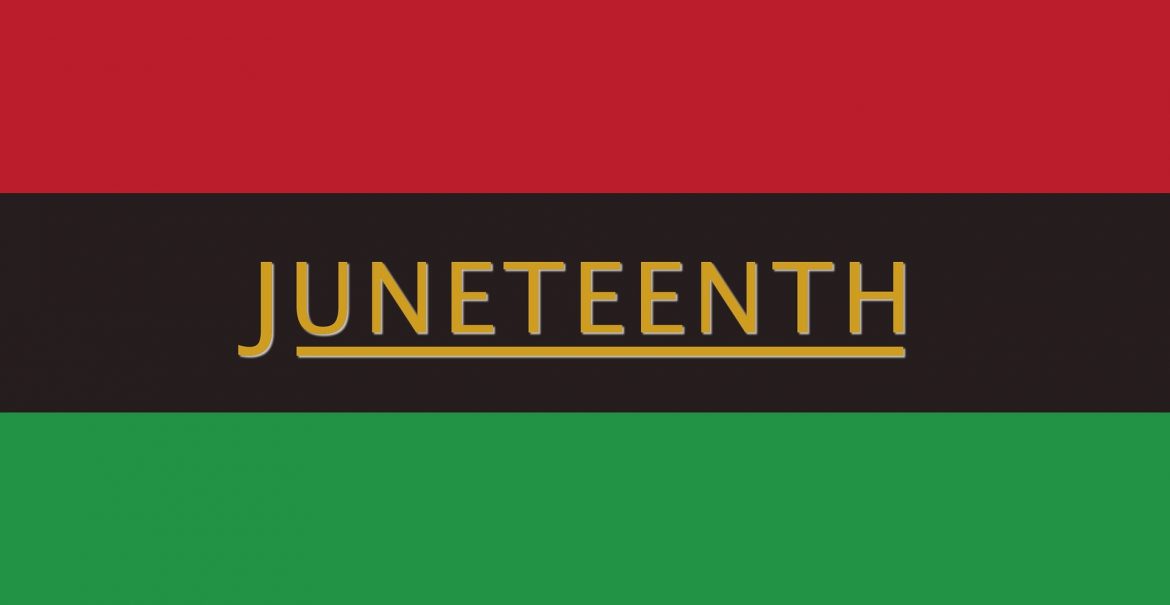 Tomorrow, we celebrate Juneteenth, which commemorates the true Independence Day for the emancipation of African-Americans in the United States. While many people think that the 1863 Emancipation Proclamation ended slavery in America, in reality the last slaves were not freed until Union troops arrived in Galveston, Texas on June 19, 1865 to enforce the emancipation of slaves and facilitate the transfer of power from the last vestiges of the Confederacy. The first Juneteenth celebrations (then called Jubilee Day) were held on the one-year anniversary. While many communities have commemorated this important holiday for the past 156 years, it’s only been in the past 20-30 years that Juneteenth has received more widespread recognition, and that recognition has been strengthened in the light of the 2020 racial justice protests against police brutality and violence. Just yesterday, President Biden signed a bill making Juneteenth a federal holiday, the first new federal holiday approved since Martin Luther King Jr. Day was approved in 1983.

It’s heartening to see the increasing recognition of Juneteenth as an important part of American history, because Black history is American history. At Launch, we believe it’s vital that all students understand the reality of that history and not a whitewashed version. Children pick up on what’s happening in the world from a very young age so it’s vital that they have a safe space to learn, ask questions, and explore. And it’s also critical that students, particularly students of color, see themselves reflected in the curriculum, activities, books, and materials we use. Launch is committed to becoming an anti-racist organization and deepening our racial equity work, and we invite you to join us in this journey.

It’s important for each of us to take the time to understand the long struggle for racial justice – and also how far we still have to go. Soyica Diggs Colbert wrote, “Juneteenth functions as a holiday to remember freedom delayed. It also challenges the idea of freedom as an event. Rather, it is a movement, a process that unfolds over time and requires perpetual action to sustain it.” As you celebrate Juneteenth this year and in future years, I encourage you to go beyond a symbolic recognition and take perpetual action to sustain change, uplift the Black community, celebrate Black joy and excellence, fight against police violence, work to expand voting rights, and address racial disparities wherever they exist.

For more information about the history of Juneteenth and a list of local Juneteenth events, please explore the links below. Plus there’s a great map of events put together by The Liink Project & Communion Seattle!